This page describes what's available in this release of Appian RPA. Some capabilities may not be available if you're using an older version of the Appian platform.

Support for Firefox in task recorder

You can now use the task recorder to capture your browser interactions in Firefox. With this addition, the task recorder is now out of preview since it supports most popular modern browsers, making it easier to automate your most common activities.

Select Firefox from the task recorder browser dropdown, and launch the recorder to begin recording. That's it!

Last release, we added the ability to launch the task recorder in Edge (IE Mode) to make it easier for you to record interactions on legacy websites. Now, when you edit the selectors during your recording, the task recorder will highlight the elements that match your edited configuration so you can be confident in your changes. Easily configure the most robust selector possible without ever leaving the task recorder.

Debug a robotic process in the new designer 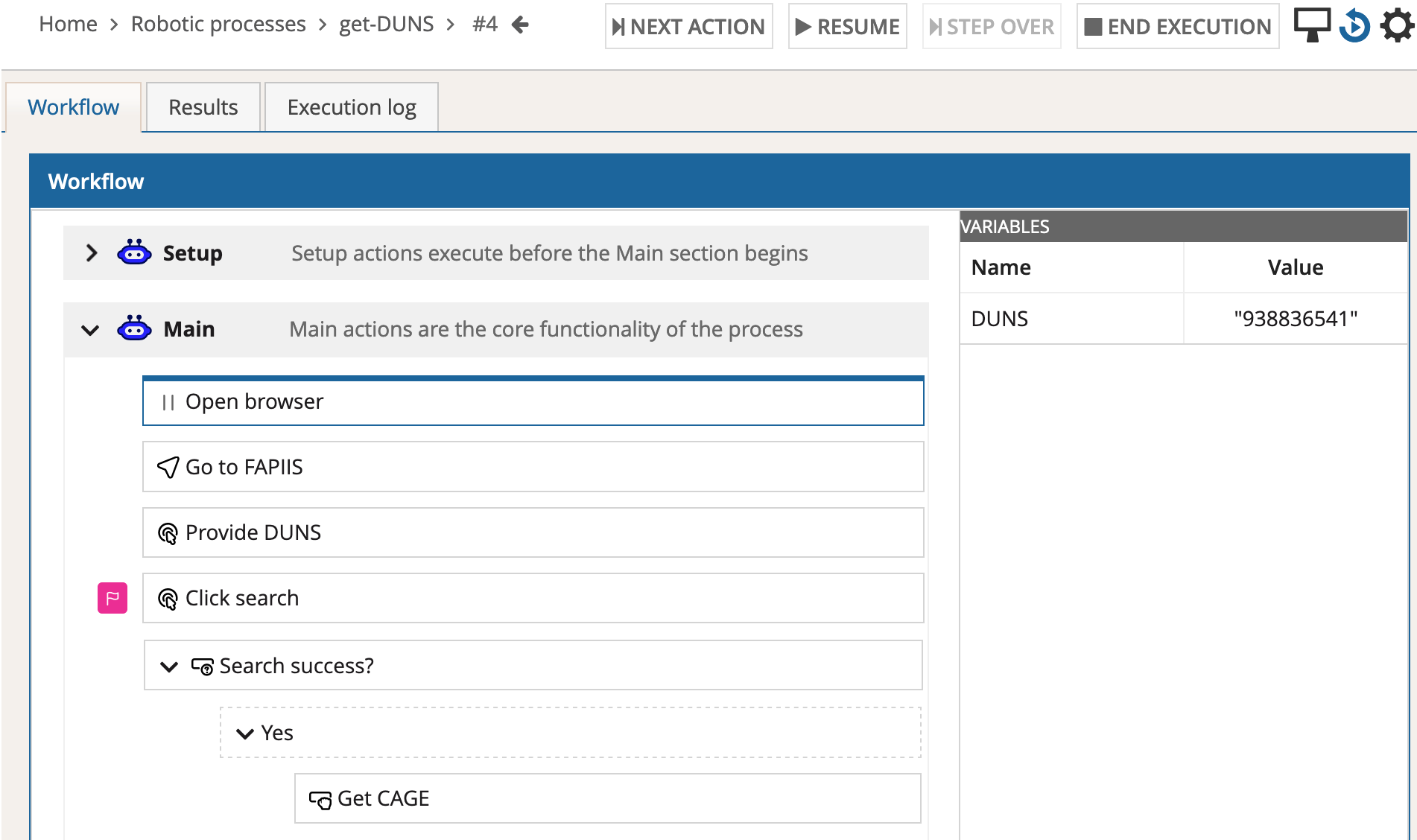 Debugging in the new designer is now easier to troubleshoot and follow a workflow as it executes, and as a result your time to test, refine, and launch automations is drastically reduced. Debugging lets you see how a robotic process execution occurs in a real-time test, rather than having to execute the process and see where it encounters exceptions or errors. You don't have to set up all of the other components of the process to start testing if your configurations will work. See when variables change, exceptions occur, and how specific actions complete.

About Appian RPA releases and upgrades

Appian RPA is a feature of the Appian platform. RPA is released independently from the rest of the platform, and the latest version is applied to your site upon restart. This means you get access to new features, bug fixes, and improvements faster and more easily.

All RPA versions are backwards compatible with the Appian platform, so you aren't required to upgrade Appian any sooner than you want to. However, RPA feature availability may rely on feature availability in Appian. Therefore, if you're using an older version of the Appian platform, Appian RPA may not be able to take advantage of those features. In these cases, you may not have access to some of the latest features prior to upgrading Appian. Your robotic processes will continue to work with your current version of Appian.

We want to be clear when some of these features may require a more recent version of Appian. Where applicable, we'll note where certain features might not be available for older versions of Appian.

Appian regularly addresses bugs and other issues in RPA with hotfixes to the latest available version of RPA. For this reason, we encourage customers to plan to upgrade Appian RPA regularly to access these new features, bug fixes, and improvements faster.