This page describes what's available in this release of Appian RPA. Some capabilities may not be available if you're using an older version of the Appian platform. 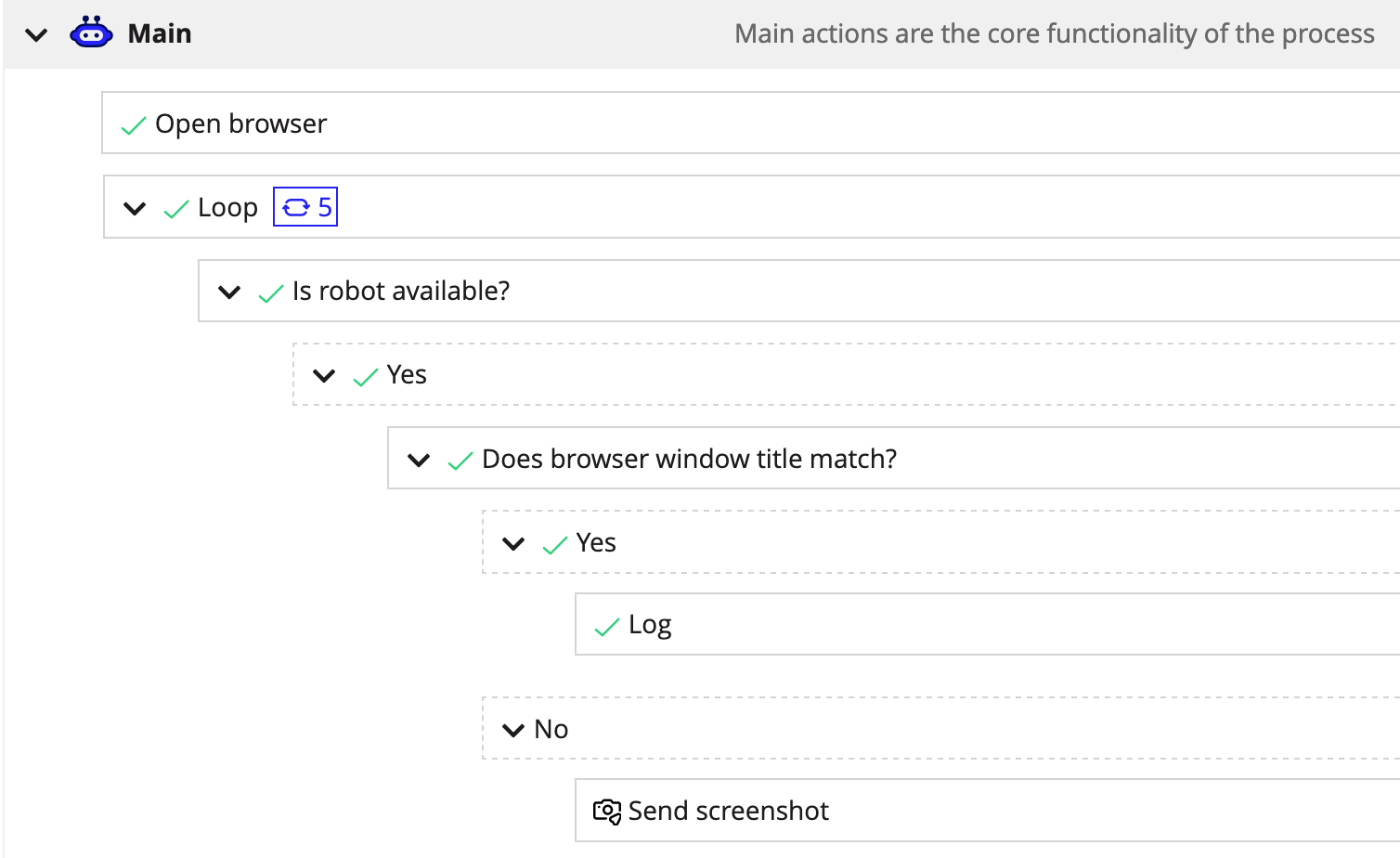 These updates will make it easier to identify the action status, so developers and operations managers can quickly and easily monitor and troubleshoot a robotic process while it executes.

You can now configure loops to iterate through a list of items using a For Each pattern. In this way, the robotic process repeats the specified actions for each item until it reaches the end of the list. Designing loops in a robotic process is now more consistent with how you're used to designing them in other parts of Appian.

Robotic process variables now appear in a grid in the configuration pane. You'll find them alongside other configurations for the robotic process, making it easier to reference variables or add new ones as you build and configure actions. If you rename a variable, we also update your action configurations to match, saving you time and making your processes easier to maintain. Your variables are always visible and accessible, making for a more consistent Appian design experience.

Additions to the task recorder (Preview)

In this release, we continue to enhance the task recorder's capabilities. You can now record additional interactions on web browsers, such as Is element present, Close browser, Right-click on element, and Double-click on element. These new capabilities reduce the amount of time you spend manually updating or creating actions in the robotic process designer after you're finished recording.

About Appian RPA releases and upgrades

Appian RPA is a feature of the Appian platform. RPA is released independently from the rest of the platform, and the latest version is applied to your site upon restart. This means you get access to new features, bug fixes, and improvements faster and more easily.

All RPA versions are backwards compatible with the Appian platform, so you aren't required to upgrade Appian any sooner than you want to. However, RPA feature availability may rely on feature availability in Appian. Therefore, if you're using an older version of the Appian platform, Appian RPA may not be able to take advantage of those features. In these cases, you may not have access to some of the latest features prior to upgrading Appian. Your robotic processes will continue to work with your current version of Appian.

We want to be clear when some of these features may require a more recent version of Appian. Where applicable, we'll note where certain features might not be available for older versions of Appian.

Appian regularly addresses bugs and other issues in RPA with hotfixes to the latest available version of RPA. For this reason, we encourage customers to plan to upgrade Appian RPA regularly to access these new features, bug fixes, and improvements faster.